登录
Half the truth is often a great lie.
> 军事 > 西沙岛礁建设活动高清卫星照片

High-resolution satellite images show expansion of a runway at Woody Island and large areas of new landfill on Duncan Island. 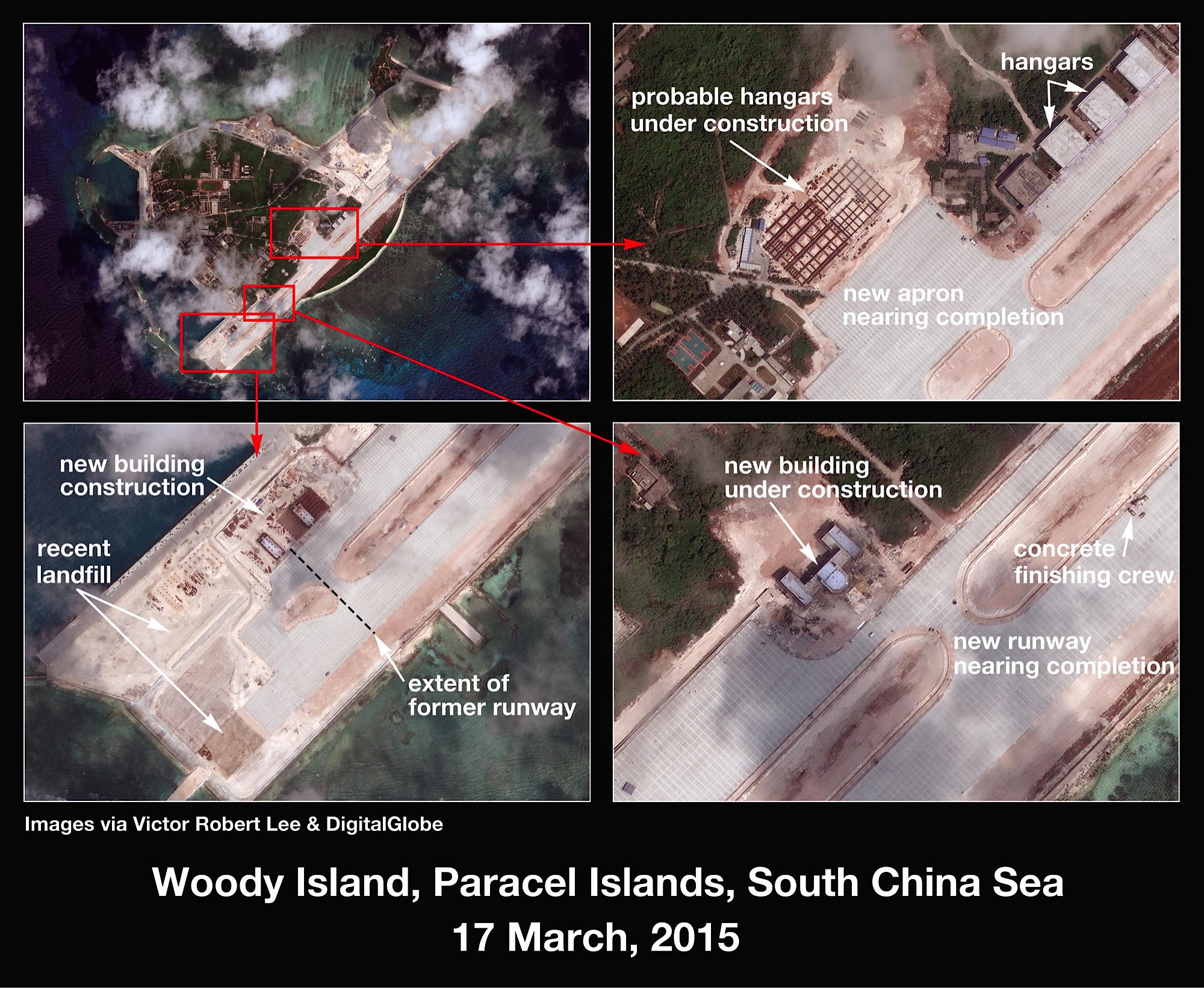 As Vietnam’s Communist Party Chief Nguyen Phu Trong met with China’s President Xi Jinping in Beijing last week, China’s government news service Xinhua extolled a “deep-rooted partnership” between the two nations. But 400 kilometers off Vietnam’s coast, in the Paracel Islands, China was rapidly consolidating its hold on islands that both countries vehemently claim as their own.

High-resolution satellite images from March 17 (above) show that Woody Island, occupied by China since 1956, is undergoing a major expansion of its runway and airport facilities. Within the past five months, a 2,400-meter airstrip has been completely replaced with a new concrete runway measuring 2,920 meters in length, accompanied by a new taxiway, expanded runway aprons and adjacent large buildings under construction. Additional land reclamation is also underway on Woody Island, called Yongxing Dao in Chinese and Đảo Phú Lâm in Vietnamese.

Eighty kilometers southwest of Woody, on Duncan Island (seized by China from Vietnam in 1974) satellite images show landfill that has increased the size of the island by approximately 50 percent since April 2014. Known as Chenhang Dao in Chinese and Đảo Quang Hòa in Vietnamese, the island houses a military garrison, four radar domes, a concrete manufacturing plant, and a port that has recently been expanded via dredging and coral cutting. A reinforced sea wall is being constructed around recent landfill. New buildings have also appeared on nearby Drummond Island, occupied by China. 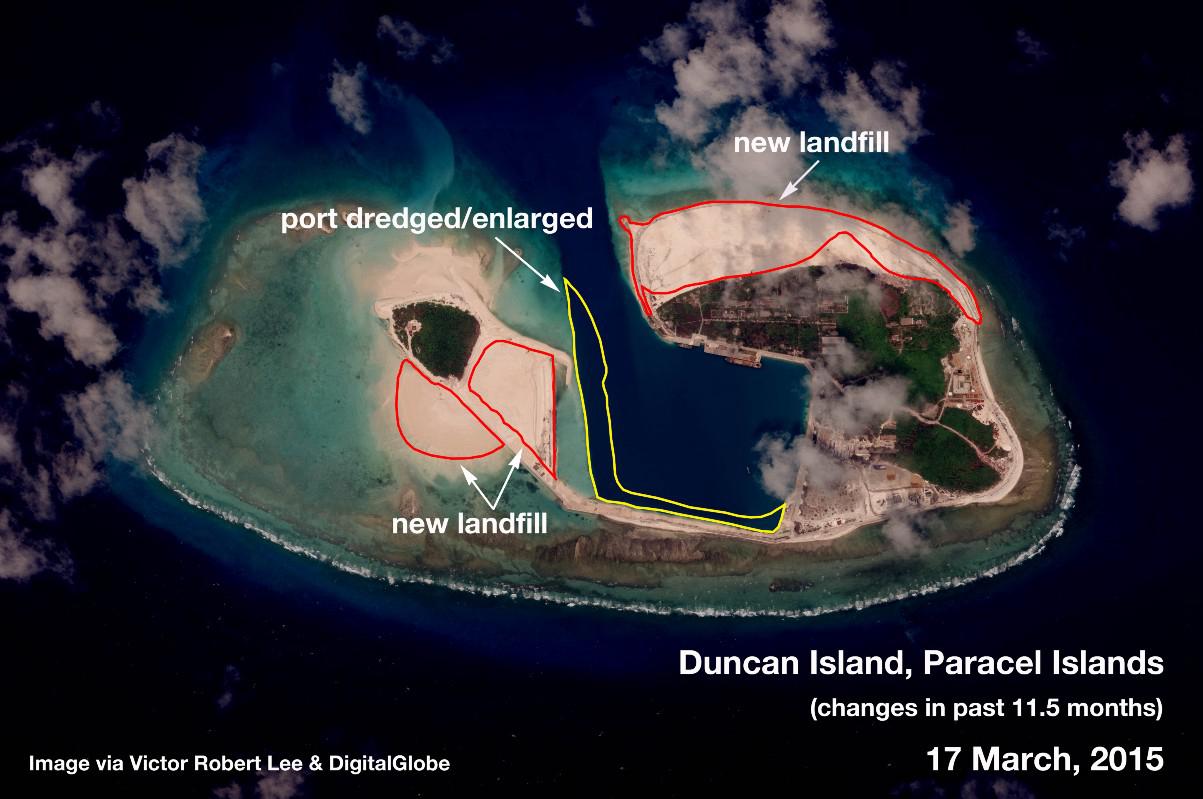 Much attention has been focused in recent weeks on China’s exceedingly rapid land reclamation and construction on at least seven disputed reefs further south in the South China Sea, within the Spratly Island group. China’s land grab for these reefs and atolls, variously claimed by Vietnam, the Philippines, China, Taiwan, Malaysia and Brunei, meets with little to no resistance; in the Paracels, even less so. Yes, in the past few months there has been a dialogue regarding a possible strategic partnership between Vietnam and the Philippines, the latter being especially alarmed by China’s reef takeovers in waters close to its shores. The U.S. has partially lifted its embargo on weapon sales to Vietnam, which is bolstering its navy, receiving patrol boats donated by Japan, and acquiring six kilo-class submarines from Russia. The Philippines has reopened its Subic Bay base to U.S. Navy vessels, and Manila is seeking redress in a UNCLOS arbitration case against China.

But all of these reactions appear to be occurring in slow motion compared to the speed with which China’s dredgers, bulldozers, and portable concrete factories are being deployed across the South China Sea.

This article was first published in The Diplomat on 14 April, 2015.